Unbeknownst to many but some of the Best Vegan Restaurants are located, right here, in Philadelphia. Food defines a lot of cultures and the food we eat is not only for sustenance, but it is also a direct reflection of where we live, in combination with the traditions of the local culture. The United States is often referred to as the “melting pot,” making the food here, understandably so, quite diverse. Philadelphia is no exception. You can find anything from Indian, Thai, Chinese, Greek, Italian, Amish, American classics, and just about everything in between. However, for anyone who has recently turned vegetarian, the choices become more limited. Being vegan in the city of brotherly love, most likely means you have never tried the infamous Philly cheesesteak. Well, I am here to tell you there is hope!

We have compiled a list of fantastic places to grab a bite…or two, for vegans and non-vegans alike! 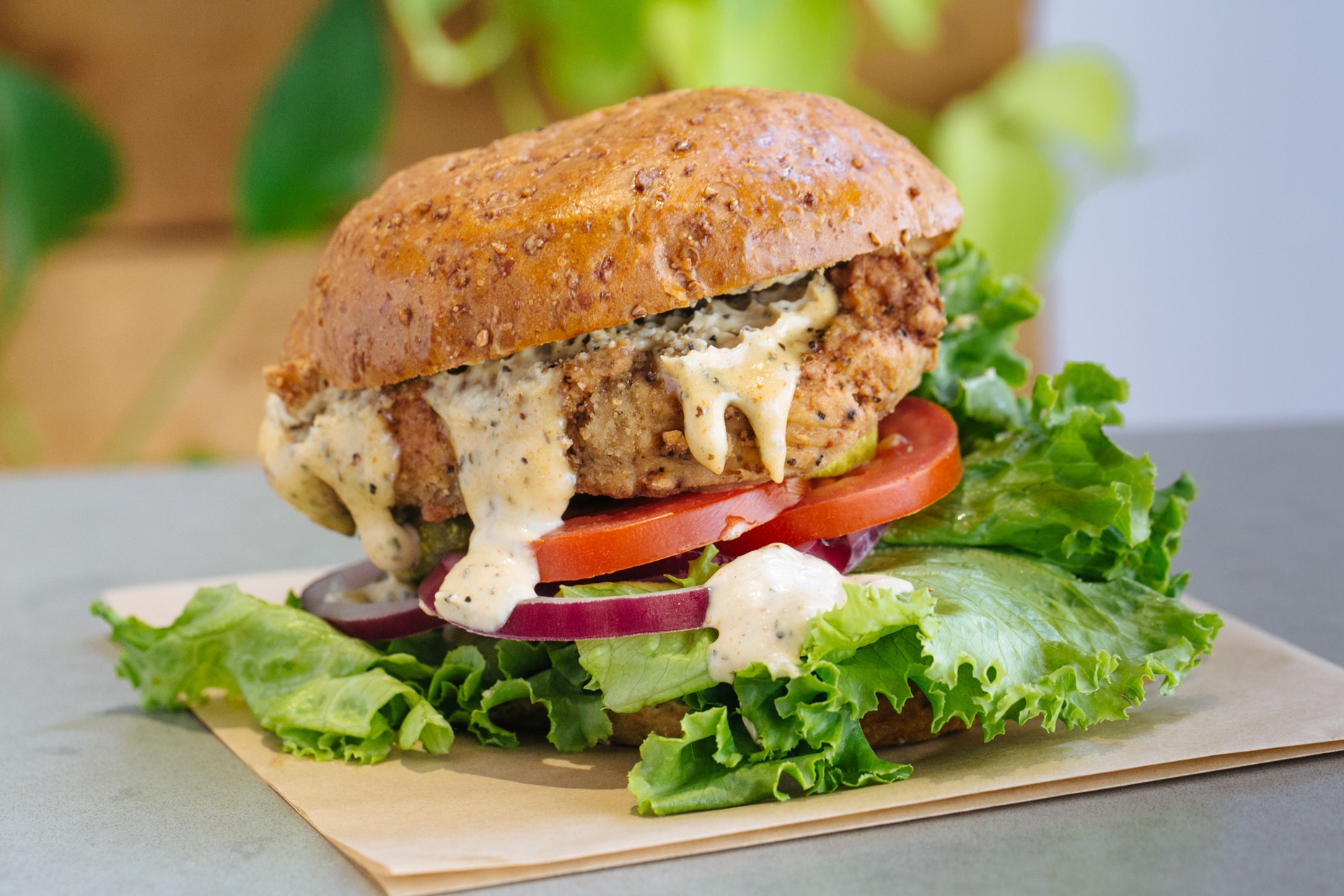 Home to hands down THE best vegan cheesesteak in the city. You get the taste of a cheesesteak without the meat or cheese and we may go as far as arguing that this is one of the best vegan restaurants in Philadelphia. I have no idea how they do it, but everything on their menu is sure to satisfy vegans, meat-eaters, and everything in between. If you adore or miss Chick-fil-a, then you must try the chick’n, it tastes almost identical to Chick-fil-a’s famous chicken sandwiches. HipCityVeg also offers crispy sweet potato fries, vegan caesar salad, banana whips, and vegan milkshakes. What more could you possibly want? Better yet, they also have a few locations, in Philadelphia, Washington D.C., and NYC. 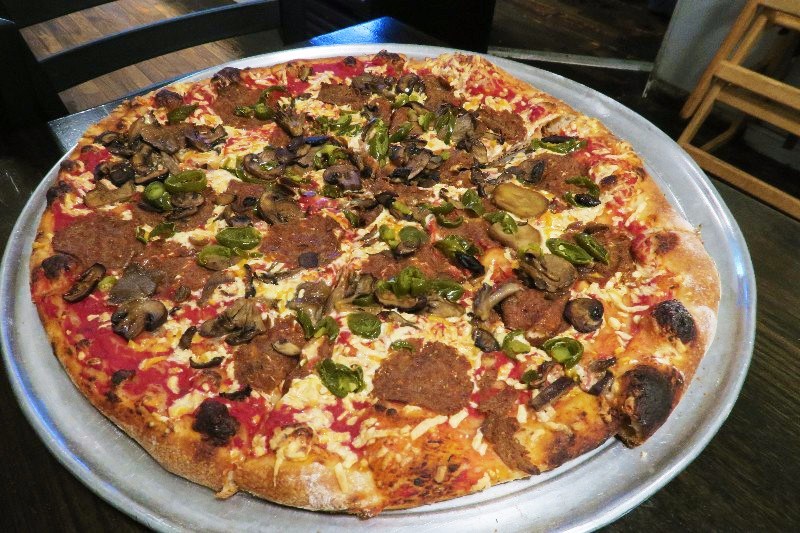 Vegan pizza you ask? Here they serve amazing pizza, subs, and salads. They utilize seitan, which is a high-protein vegetarian food made from cooked wheat gluten (sorry gluten-free friends). It’s actually tastier than it sounds. They offer awesome seitan sausage that you can put right on your pizza, in a vegan cheesesteak or vegan chicken parm sandwich. They’ve also serve chickpea “tuna” wraps, bbq pulled “pork”, and vegan cupcakes! Blackbird Pizzeria is sure to leave you satisfied. 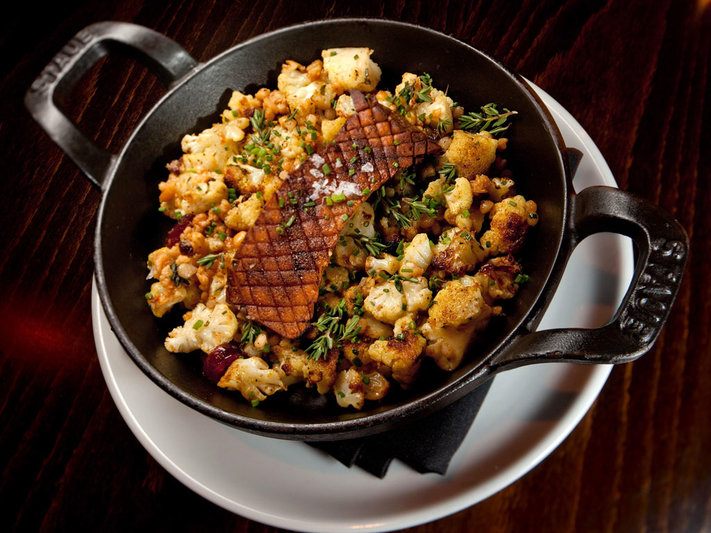 Charlie was a sinner.

Charlie was a sinner is a bit more upscale, serving small plates and strong drinks. This on our list of vegan restaurants in Philadelphia for the more traditional atmosphere.This place is great especially if you’re looking for a more traditional cocktail and a tapas style menu.  The menu boasts zucchini “crab” cake sliders, charred brussel sprouts, and silken tofu with ramen. The drinks are really what makes this place special. They serve vegan milkshakes, chocolate pot de creme, apple cobbler (yes it’s a drink!), and sorbet. Yum! 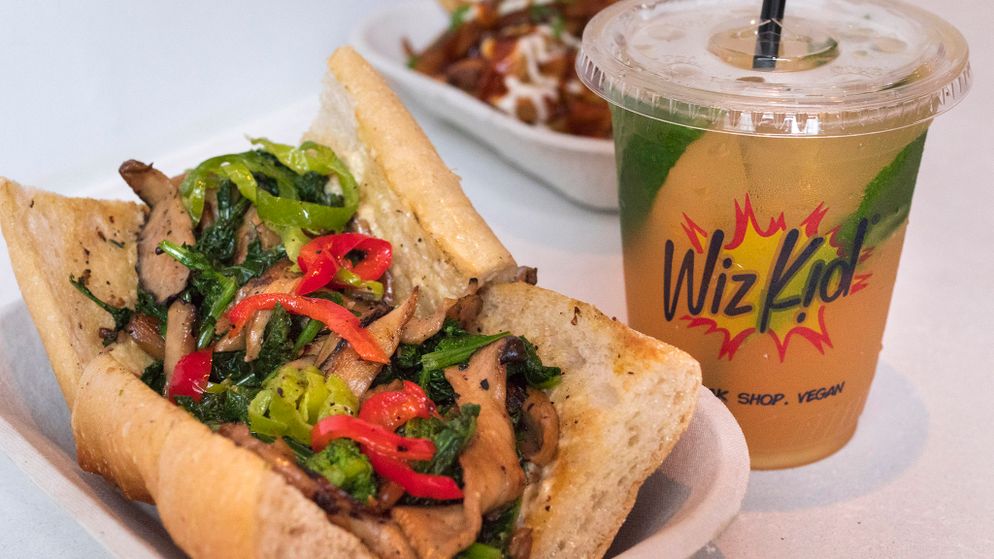 Wiz Kid has a relatively small menu as they are more of a fast food style restaurant. Wiz kid is a fantastic vegan restaurant in Philadelphia for quick and easy meals. Here they serve what they call a “Wiz Kid Philly” which is a vegan cheesesteak with vegan cheese wiz- a Philadelphia cheesesteak staple. They also have a “KFT”, a Korean fried tempeh sandwich. They also serve corned beef sandwiches, vegan ice cream, rattlesnake fries with roadhouse spice and bbq sauce. 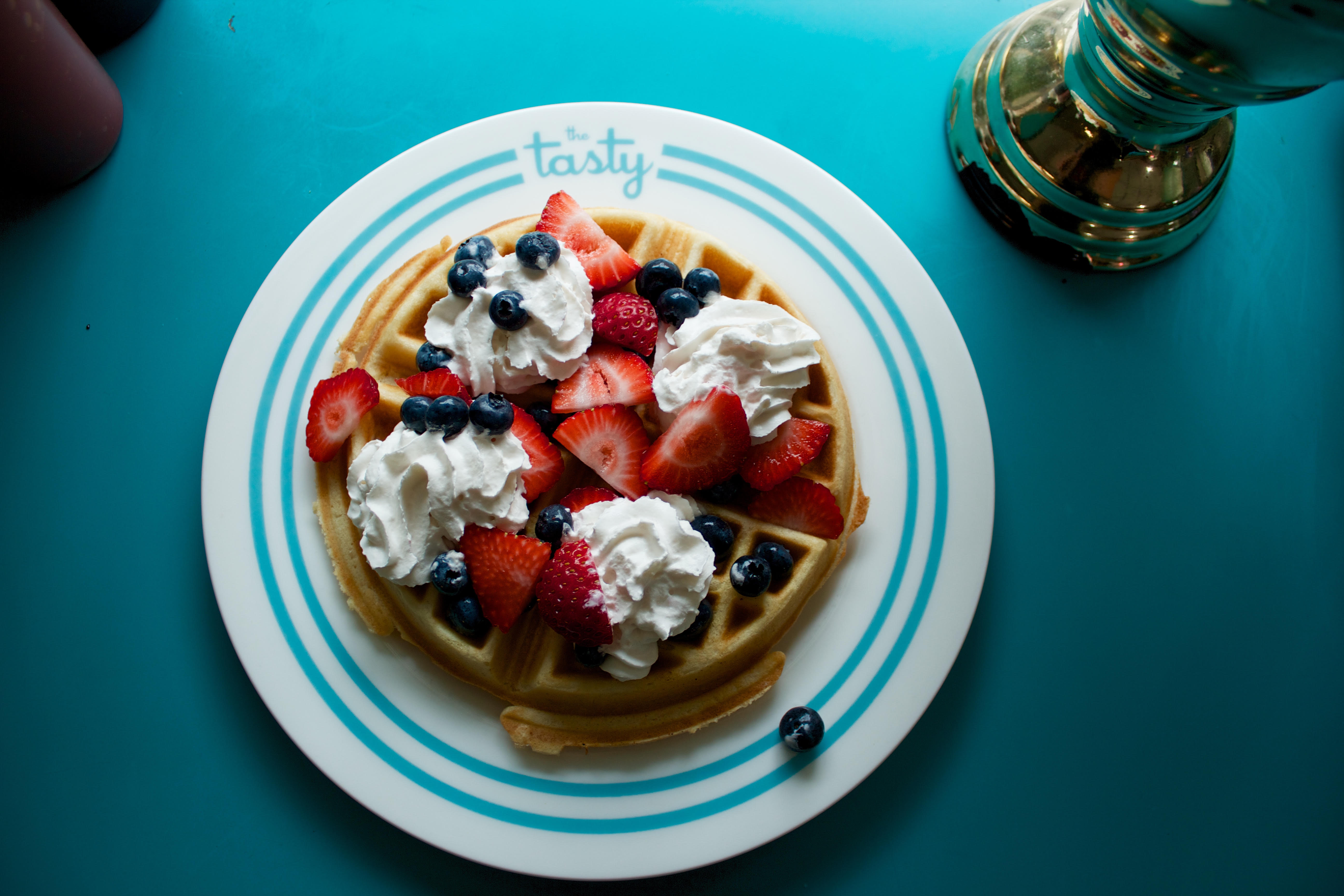 Picture a 1950’s dinner without all the meat! They serve breakfast starting at 7 am every day of the week, you can find tofu scrambles, breakfast burritos, breakfast sandwiches, waffles, pancakes, sausage patties, and tempeh bacon. They also serve lunch and dinner where you’ll find vegan cheesesteaks, “tuna” salad, Fried chik’n sandwiches, and vegan burgers. Here they’ve also got an extensive menu catering to gluten allergies. If vegan diners had their own category, then this would be at the top of the list, but it will have to settle for being one of the best vegan restaurants in Philadelphia!

Desserts are the backbone of most of our travel experiences and we have two amazing vegan options, right here, in Philadelphia. 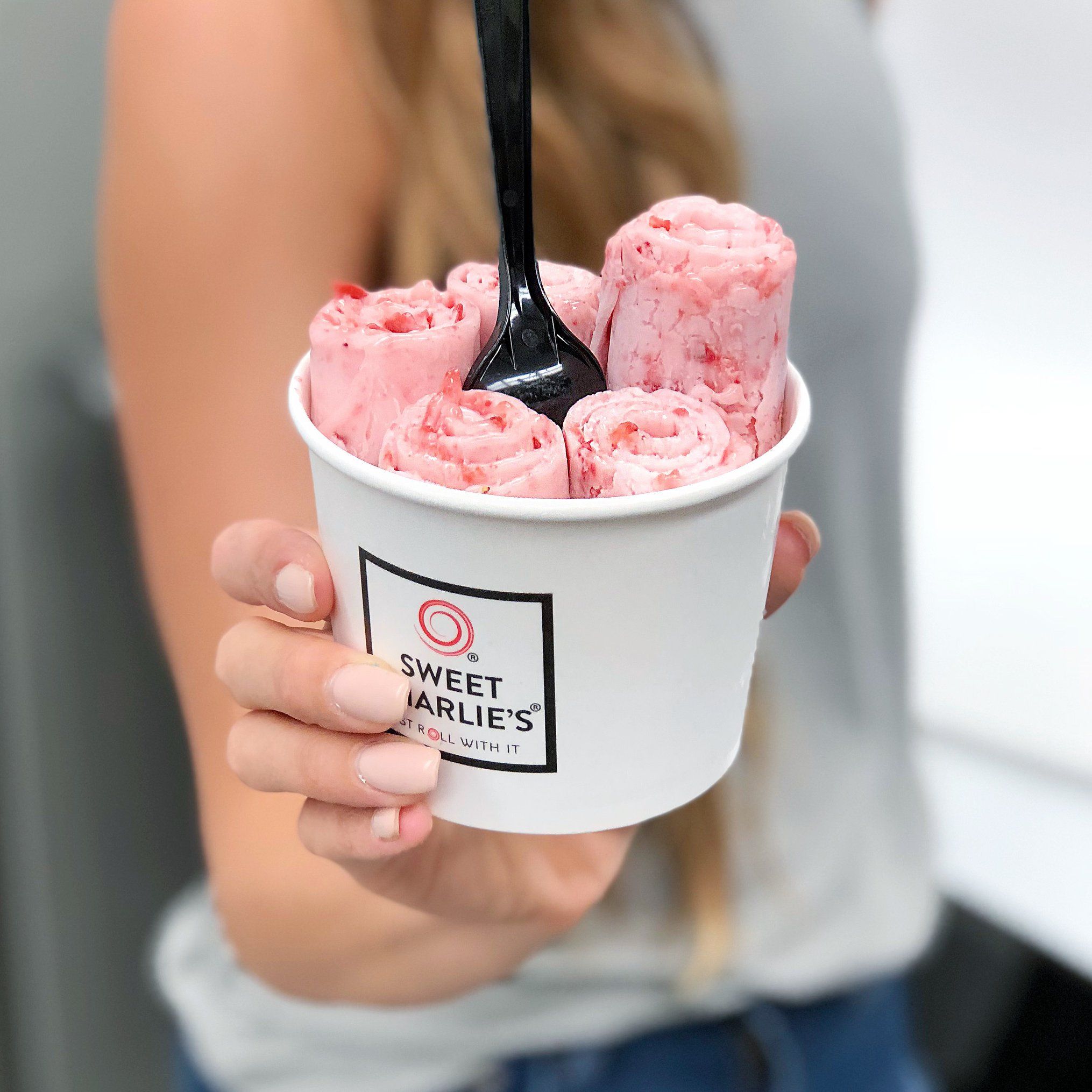 If you’ve never tried rolled ice cream, then you must stop by Sweet Charlie’s. Rolled ice cream is really similar to the texture and intense flavor of gelato. Sweet Charlie’s have so many flavors to choose from such as; “Rise and Shine” or cinnamon toast crunch, “off duty” or coffee and donut, “love park” or chocolate, pretzel, and peanut butter. They also offer a choice of premium ice cream (heavy cream), non-fat yogurt, or vegan milk. If you happen to be vegan, you can order a “kiss and tell” or mint oreo, “Wonderfilled” or Oreo, or just go with plain vanilla, hey who are we to judge?! The best part about this ice cream joint is that you can add as many toppings as you want, and they are free! 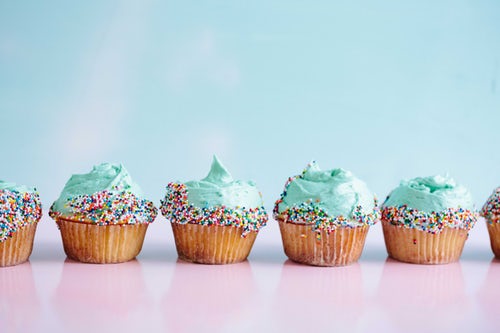 This is the only completely vegan and gluten-free bakery in the city, therefore it’s number one in our book for one of the best vegan restaurants in Philadelphia. They offer a variety of cupcakes, featuring specials that change regularly. A few staples on the menu include; chocolate, vanilla, vanilla chocolate chip, carrot, banana, chocolate banana, lemon, lemon blueberry, and raspberry. They also have “fancy & filled cupcakes” which include flavors such as salted caramel, tiramisu, s’mores, orange creamsicle, root beer float, apple crisp and so many more. Here, you won’t feel like you’re missing out on any of the things you can’t normally have as a vegan. Stop by and have a treat and some coffee!

Pictured above from left to right- Orange Cranberry Loaf, Chocolate Cookie Crunch Donuts, and Apple Cider Crullers. All of these are seasonal items, so hurry in and try some before they’re gone.

In the city of brotherly love, there are so many fantastic food options, but sometimes it might be difficult for someone with food restrictions. Many of the traditional Philadelphia treats happen to contain dairy, eggs, meat, or gluten making it hard for anyone with food allergies to enjoy them. Hopefully, this list helps you find a great place to eat in the wonderful city of Philadelphia if you are vegan. For more information, write to us at info@chloejohnston.com