When most people think of a vegan diet, the common answer is veggie burgers and nuts. While that may be the strict diet for some vegans, today there are plenty of restaurants that curate savory meatless and plant-based dishes that emulate the flavors of non-vegan foods. Some of the best vegan restaurants are based right in the heart of New York City! In NYC, you are bound to find a vegan Korean BBQ restaurant, a vegan French restaurant, among a plethora of more cultural options. In fact, NYC is one of the best cities in the world to kick-start your plant-based diet.

We have compiled a list of what we think are the best vegan restaurants in NYC. Especially ones that both vegans and non-vegans will equally enjoy! 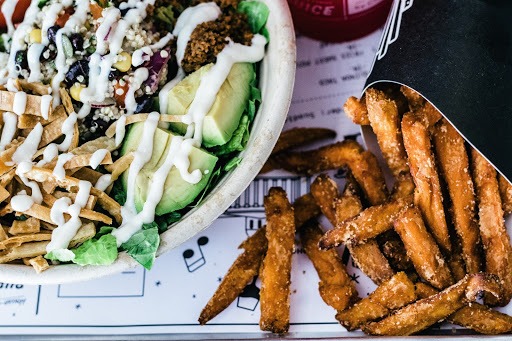 We cannot start this list without mentioning the NYC-based restaurant that was one of the main contributors to the recent “vegan craze”: by CHLOE. The first by CHLOE. restaurant was established in the West Village and has since become a staple vegan chain with U.S. locations such as NYC, Boston, LA, Providence, and even locations across London! Chloe Coscarelli founded the chain in 2015 and in a New York Times interview months after the establishment, Coscarelli stated, “We didn’t want it to scream ‘vegan,’ we wanted it to scream food and fun and delicious.” The restaurants certainly scream “fun” as the designs and artwork that cover the interiors are perfect for Instagram feeds.

While the “Instagrammable” environment is definitely attractive, the food is some of the best in NYC. Noted as the “Shake Shack of vegan restaurants,” by CHLOE. offers a range of American fast-food items like burgers, fries, and sweets. While also including a range of healthier options like salads, snacks, smoothies, and brunch.

Recommended: the famous Guac Burger made from a black bean-quinoa-sweet potato patty, Quinoa Taco salad, and Smashed Avocado Toast. This is definitely a staple for both vegans and non-vegans to try. 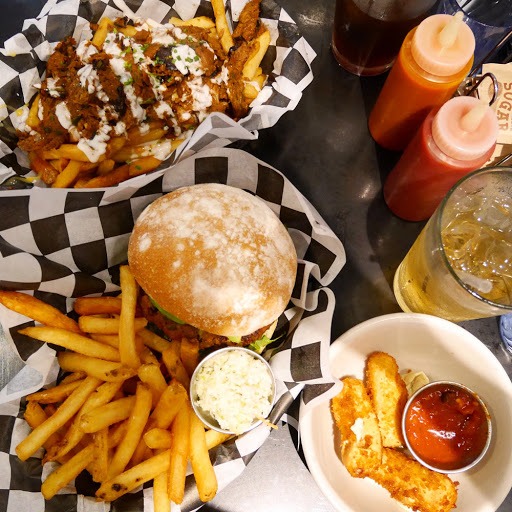 Let’s say you want to try American comfort vegan food that has the same flavor as by CHLOE., but you want more of a sit-down restaurant that induces a 1950s American diner vibe. In that case, the Brooklyn-based Champs Diner is your best bet. Founded in 2010, the diner exemplifies its 1950s aesthetic with its black-and-white checkered flooring, cushion booths, and mirrored walls. The decade is not only exemplified in its interior, but also in the food.

Here you can enjoy meat-free and plant-based options like bacon cheeseburgers and chicken sandwiches. As well as breakfast options including chicken and waffles, a wide variety of pancakes, and shakes. This restaurant is definitely a staple for the best vegan milkshakes. You can select unique flavors like the S’mores shake, Birthday Cake shake, and the Banana Cream Pie shake.

This is definitely the place to go to satisfy your ultimate cravings. 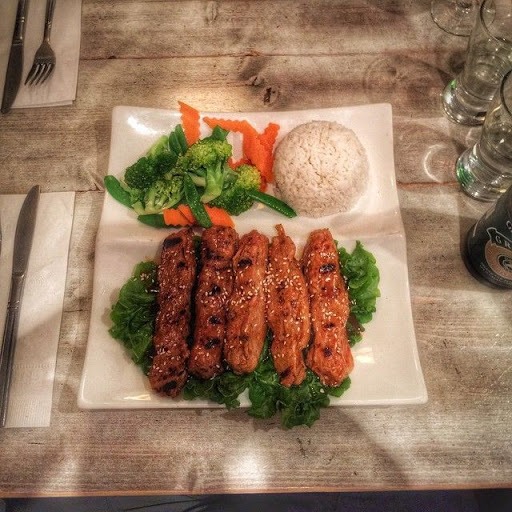 While both by CHLOE. and Champs Diner offer options that are sure to satisfy your cravings, they aren’t exactly the healthiest. If you want to try vegan food that have more of an international influence, Red Bamboo is one of the prime locations. Located in the West Village, the restaurant prides itself on its large menu of vegan dishes from around the world. The best part about Red Bamboo is how affordable it is, with options that range from less than $10 to around $15. As many vegans may know, some meatless and plant-based restaurants are more expensive.

With both vegan comfort food and international options, every kind of eater will enjoy this restaurant.

If you are craving Korean within a meditative and peaceful environment, Hangawi offers a zen experience.  Located in Koreatown, Hangawi differs from many restaurants in that it offers guests a traditional Korean experience. Instead of sitting at a regular high-top table, every table at Hangawi is a low-table, with a square cushion for seating, and guests must take off their shoes. On top of the zen-like setting, Hangawi prides itself on eating healthy and providing vegan meals that achieve the standard of a healthy diet. Instead of getting individual appetizers and entrees, the restaurant encourages the sharing of dishes in order to enrich your experience. The food and environment combined will make your experience at Hangawi a memorable one.

Recommended: the Tofu Kimchi Hot Pot, the Spicy Kimchi Mushroom Pancakes, and the Mushroom Sizzler on a stone plate. 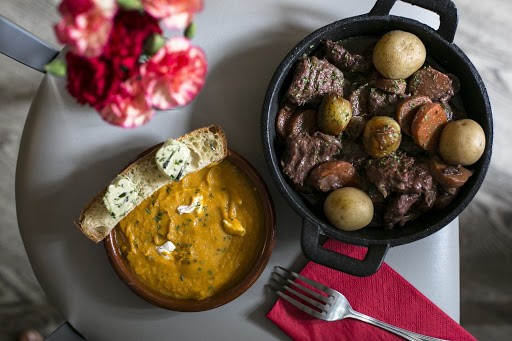 When one thinks of French food, the main dishes that come to mind are: French Onion Soup, Coq Au Vin, Escargot, and Steak Frites. What do all four have in common? They are not vegan, which may disappoint vegan eaters who desire to taste French cuisine. However, one restaurant in Greenwich Village actually contains all four French dishes with a vegan twist. Delice & Sarrasin specializes in traditional French food cooked with vegan ingredients. Entering the restaurant, instantly invites the feeling of a small cafe in Paris with its rustic brick walls and vintage scenic paintings.

Recommended: the classic French Onion Soup (without the beef broth), Escargot (oyster mushrooms that give the taste of snails), Coq Au Vin (pea protein instead of chicken), Ratatouille, and vegan Steak Frites. They even offer vegan crepes, yes VEGAN crepes! Enjoy a savory crepe like the La Paysanne crepe which consists of dried beans that emulate the taste of bacon, or a sweet crepe with bananas, dark chocolate, and coconut whipped cream.

For our French travelers and admirers, Delice & Sarrasin is the spot where you can experience the vegan version of traditional French cuisine.

Vegan food is more than just plants and vegetables. These NYC restaurants definitely prove just that. You can experience different variations of cuisines without giving up your vegan diet. Not only will vegans enjoy these restaurants, but non-vegans are also highly encouraged to step out of their comfort zone and try something new. There are hundreds of vegan restaurants around NYC, but we have put this list together as restaurants we feel should be a must-try. For more information about these restaurants or even a trip to New York, please contact us at info@chloejohnston.com.