One of the best parts about summer is getting to watch the sunset later in the day. In many northern countries on the summer solstice, the sun doesn’t set at all! Traditionally, the summer solstice was looked at as a time of light and potential for a good year. The long days allowed for more work to be completed and more hours to spend with loved ones. Years later this astral holiday is still celebrated in numerous countries around the world. Some celebrate with large concerts while others use the time to come together as a community and toast to the sun that will not set that evening. Take a look at the different ways that these countries celebrate a sunny holiday.

Tyrol, Austria – Mountaintop Bonfire:  In this eastern region of Austria, on the longest day of the year, the sky lights up with the fires set below. It is tradition to light bonfires in these mountains on the summer solstice in Tyrol, Austria. Clubs and associations make their way to the top of the mountain to leave their brightly lit mark on its summit. The large bonfires can be seen miles below and make for a beautiful scene. This tradition dates all the way back to the middle ages and to this day you can see fiery depictions of Christian motifs and symbols burning brightly on the mountain.

Istria, Croatia – Astrofest: This celebration for the summer solstice is held in the Višnjan observatory, where attendees star gaze and watch the setting sun. Similar to Austria, many bonfires are lit in this small city to commemorate the fiery sun’s rays reaching the town for the longest day of the year. Along with stargazing and bonfires, the town has drum circles, music shows, and sometimes even lectures at the event. At the end of the night, there is the tradition of “seeing off the sun,” as well as staying up until sunrise to continue celebrations. 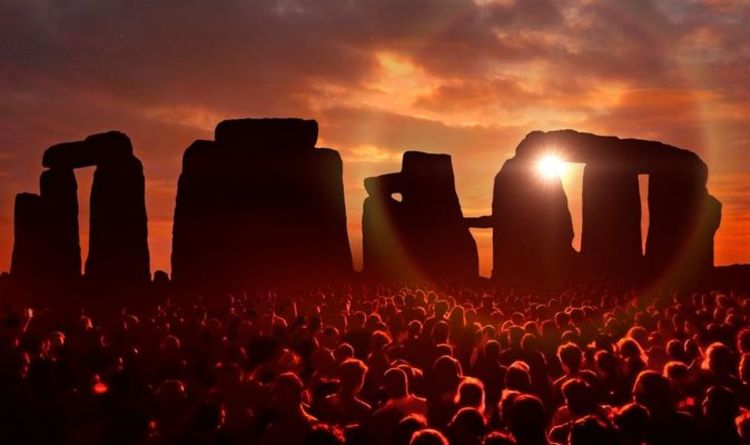 Stonehenge, England – Summer Solstice Festival: This celebration is a fairly long one lasting around four days. Thousands of people attend the affair, many adorning traditional Celtic attire. It is said that many of the locals believe Stonehenge to be the site of druid solstice celebrations because of the way that the sun aligns with the stones on solstices. Druids were Celtic members of the high-ranking class in the medieval ages who looked forward to the celebration that came at the peak of every summer. Although the actual date is unknown, Stonehenge was said to have been built around 2500 B.C.

Reykjavik, Iceland – Secret Solstice Festival: Close to the arctic circle, this country is one of the few who have 24 hours of sunlight on the solstice. According to ancient Nordic tales, the summer solstice marks the sacrifice of the god of light and purity, Baldur, and the beginning of the winter season. Now, along with many traditional ways to celebrate summers such as summer feasts or hiking, Reykjavik holds an annual music festival called Secret Solstice which showcases various artists from around the world. As an homage to their Nordic roots, each stage is named after a different Nordic god. A midsummer party on an island with 24-hour sunlight seems like a pretty neat way to celebrate the solstice! 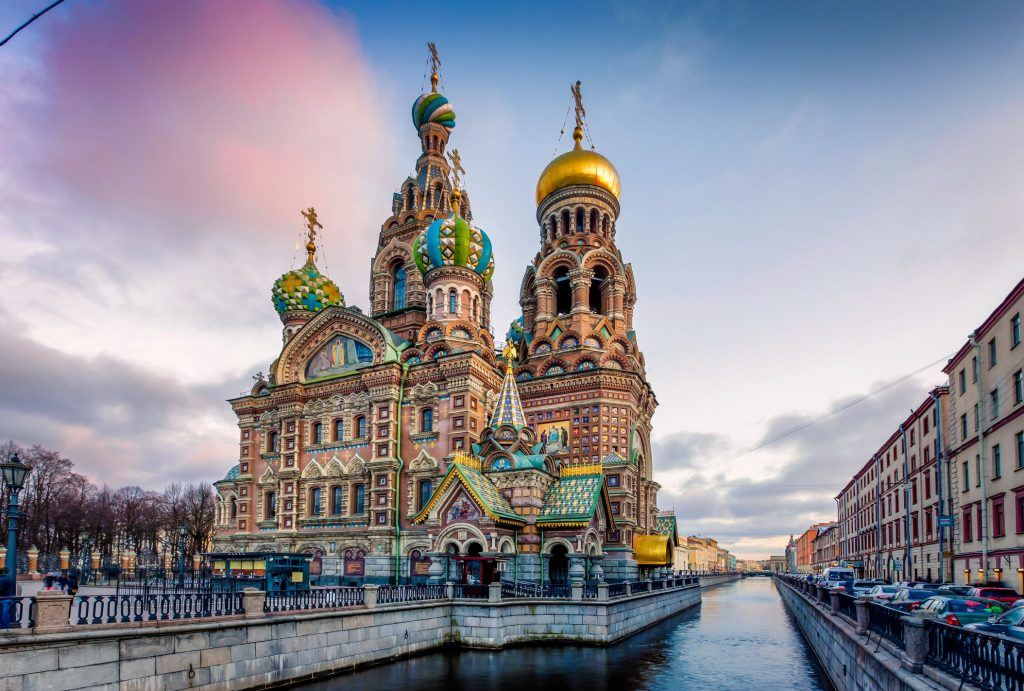 St. Petersburg, Russia – White Nights Festival: As this city is also near to the arctic circle, the people of St. Petersburg come together to celebrate the almost-midnight sun between the dates of April 21 and August 21. The sun playfully reaches twilight and then rises up again to bring on the new day. The festival is a very long affair and runs from June 12 to July 2. The celebration consists of carnivals, star performances in St. Peters Square, a film festival, and the Scarlet Sails celebration which includes a show and fireworks to mark the end of the school year for the city’s students. 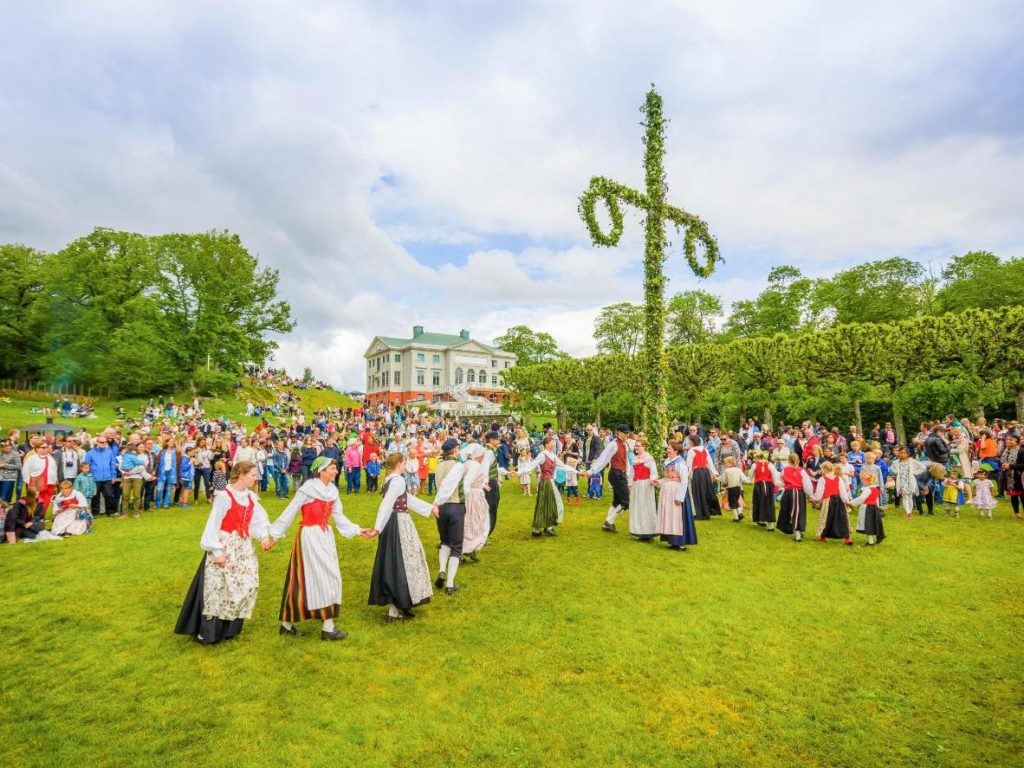 Stockholm, Sweden – Midsommar Festivals: The Midsommar festivals were traditionally celebrated on June 24 as a way to commemorate the feast of St. John the Baptist. However, the summer solstice celebration actually got its roots from the pagan Nordic beliefs similar to their Icelandic friends. The Christians believed that it would be easier to spread the celebration of Christian holidays if they happened to fall on similar dates to the pagan ones that were already in place because there would be fewer changes in the Sweedish traditions. These days, the festival celebrates the summer solstice by adorning flowers in one’s hair, a maypole dance, and lots of singing accompanied by sipping unsweetened flavored schnapps. 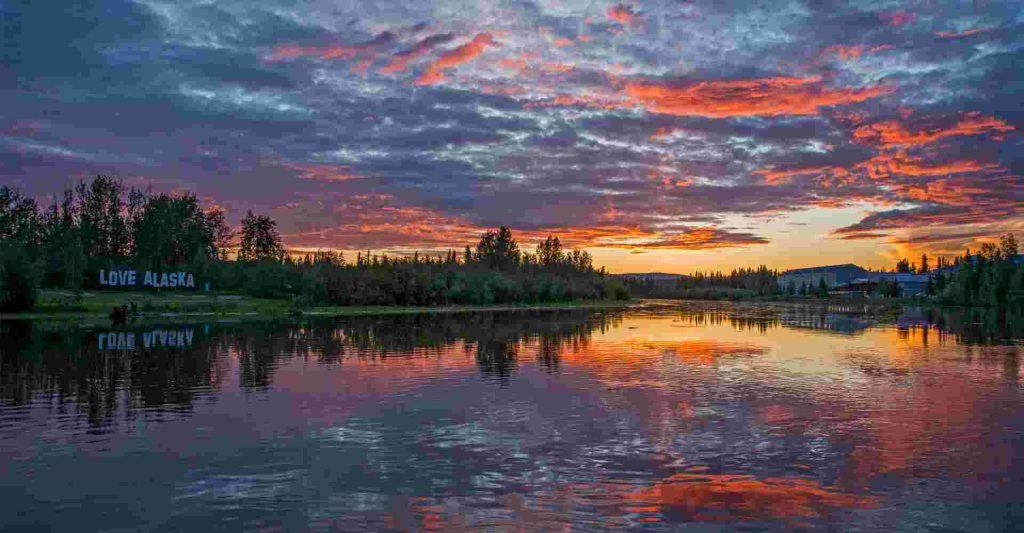 Fairbanks, Alaska, USA – Midnight Sun Baseball Game & Festival: As Alaska also falls within the arctic circle, the region of Fairbanks has a midsummer festival of their own to celebrate the midnight sun. At 10:30 PM they hold the annual Midnight Sun Baseball Game as well as a Midnight Sun Run, the Yukon 800 boat race, and the Midnight Sun Intertribal Powwow. It is Alaska’s largest single-day event with a 12-hour street fair holding close to 30,000 attendees. Later, in mid-July, there is a “Golden Days” festival that celebrates the discovery of gold by an Italian immigrant, leading to the founding of Fairbanks Alaska.

All over the world, the summer solstice is observed. As the longest day of the year, one has so much more time and motivation to complete the tasks at hand for the day. After a hard day’s work who wouldn’t want to celebrate the elongated sun time? While celebrations will be halted for this year due to COVID-19, there are still many ways to celebrate with family and friends. Are there any ways that you celebrate that we missed? Send your suggestions over to us at hello@chloejohnston.com