Creating cocktails seems to be one of America’s favorite pastimes now that we are quarantined. While having time on our hands, why not use it to our drinking advantage and create a few of these quarantine cocktails? Cocktails are a great summer treat when you are looking for something other than your classic glass of rose. It’s time to use this as an opportunity to take a trip around the world to see where some of our favorite drinks originated: 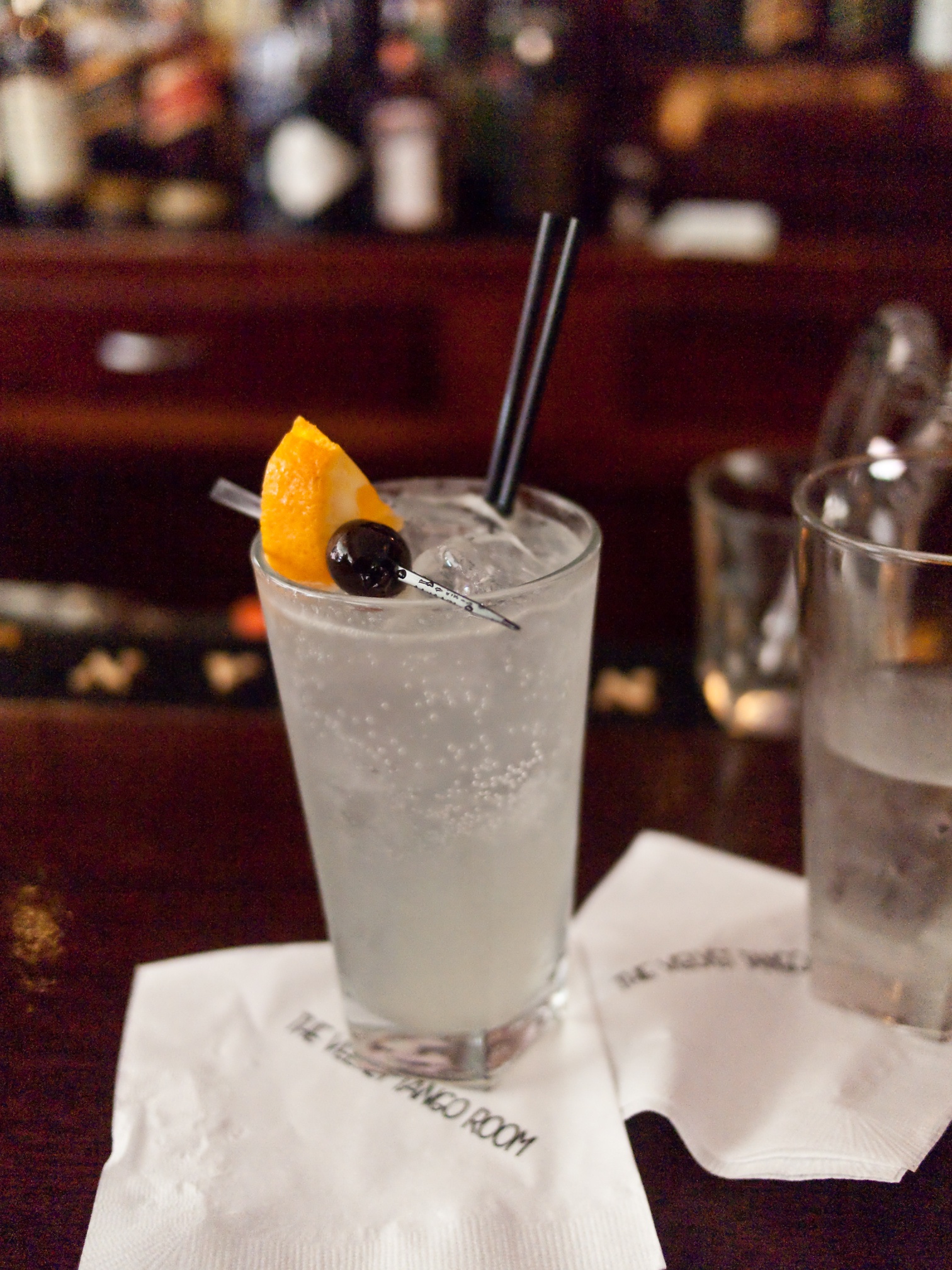 The Tom Collins is made with none other than London Dry gin, lemon juice, and simple syrup. The original Tom Collins was created in London at the Limmer’s Hotel by their head waiter, John Collins. The drink didn’t get its name change until later when it became common to use Old Tom Gin instead of genever (gin’s Dutch counterpart). Perfect for a balmy summer afternoon, this cocktail is both refreshing and fruity. 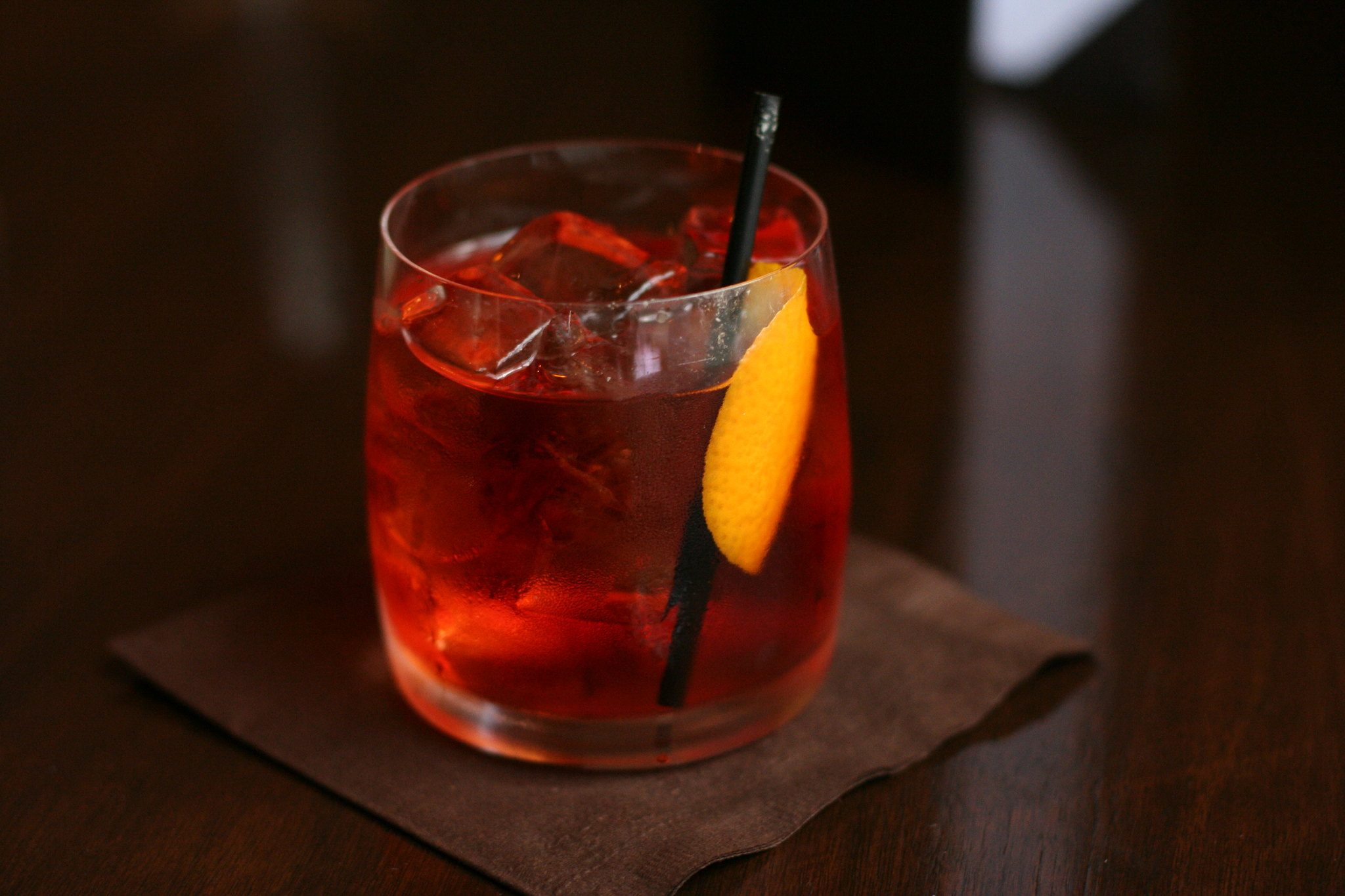 This cocktail is straight from one of our travel experts in Italy. The story of the Negroni (a cocktail that turned 100 years old in 2019) begins at the Caffè Casoni in Florence. There’s no documented historical account, but rumors say that Count Camillo Negroni invented the drink.  The Americano is a mixture of Campari, sweet vermouth and soda water, served with a lemon slice and it was originally known as the Milano-Torino, because of its origins in two primary cities, Campari from Milan and Vermouth from Torino. The story goes that Count Camillo Negroni asked his friend and bartender Fosco Scarselli, to strengthen his favourite cocktail, the Americano, and he did so by switching the soda for gin and garnished it with an orange peel to signify it was a different drink. Soon, everyone was coming into the bar and ordering a ‘Count Negroni.The invention was such a success that, not long after, the Negroni family founded the Negroni distillery, which produced a ready-to-drink version of the cocktail that they called Antico Negroni 1919.

To make the perfect classic negroni cocktail all you need is balance: use equal parts gin, red vermouth and campari. 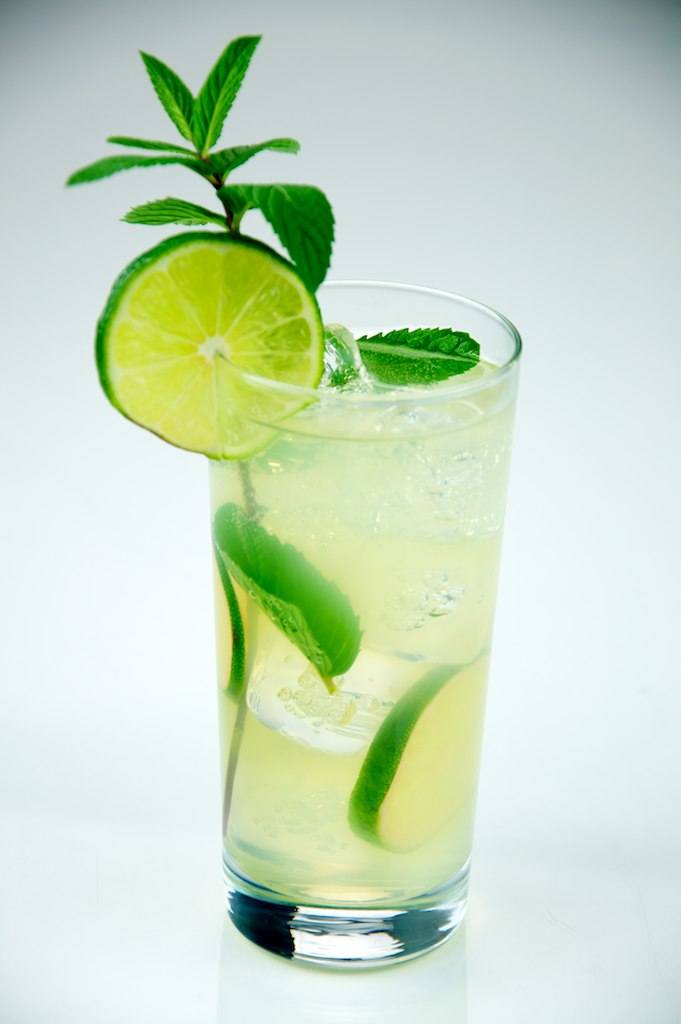 This minty citrus cocktail actually got its start as a medicinal drink made with moonshine, mint, lemon, and sugar cane syrup. It wasn’t until pirates invaded Cuba and switched out the moonshine for rum that the mojito became the drink that we all know and love today. The name itself comes from the African word “mojo” which means magic, a few of these cocktails and you can feel the “magic” for yourself! 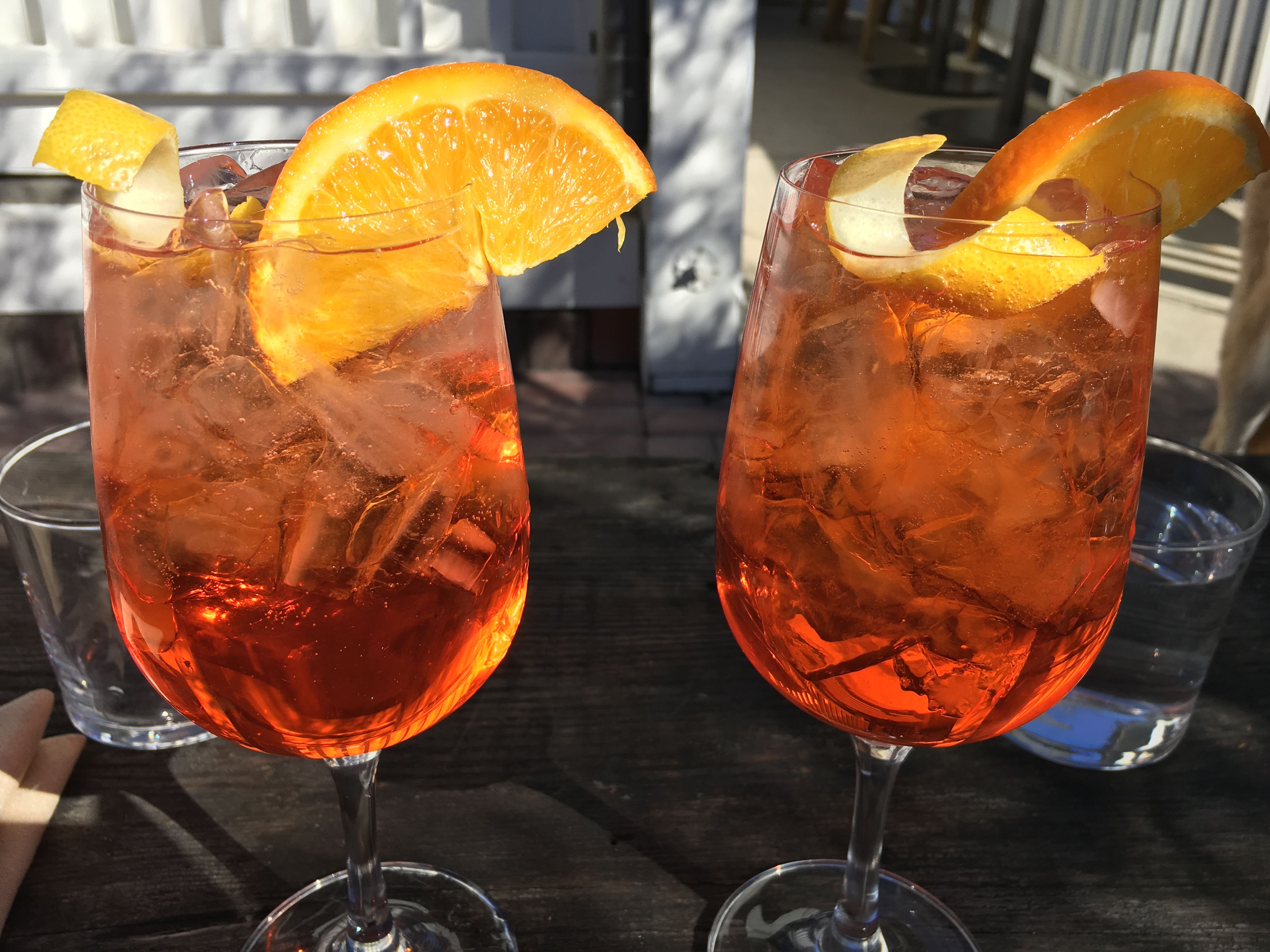 This colorful, light drink hails from the Veneta region of Northern Italy. Originally making its debut in the 1800s under the Habsburg rule, the Aperol Spritz used to only consist of sparkling wine and a “spritz” of water as the Austrians couldn’t handle the high alcohol content of the Italian wines. It wasn’t until 1950 that the Aperol Spritz that we know was created using prosecco, sparkling water, and Aperol. 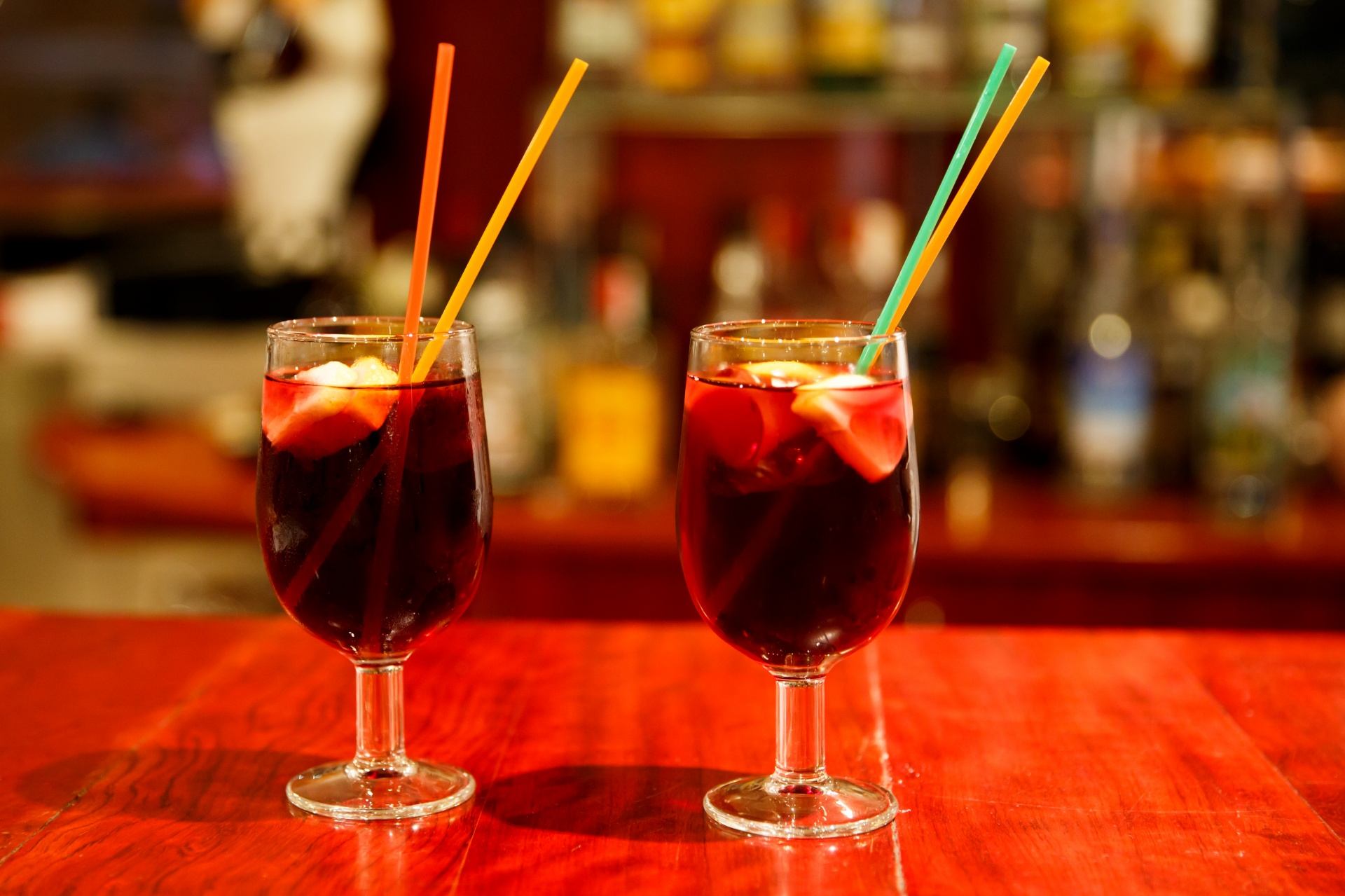 A fan favorite, this grown-up punch alternative has roots leading all the way back to ancient Greece and Rome where they would add sugar and spices to their wines. Around the year 1492 the Spanish Sangria that we are familiar with flourished with the fall of the Moorish rule. Sangria, which means blood in Spanish, gets its name from the red wine which is used. The drink is traditionally made with red wine and citrus fruit, but the variations of the drink are endless and easy to make! 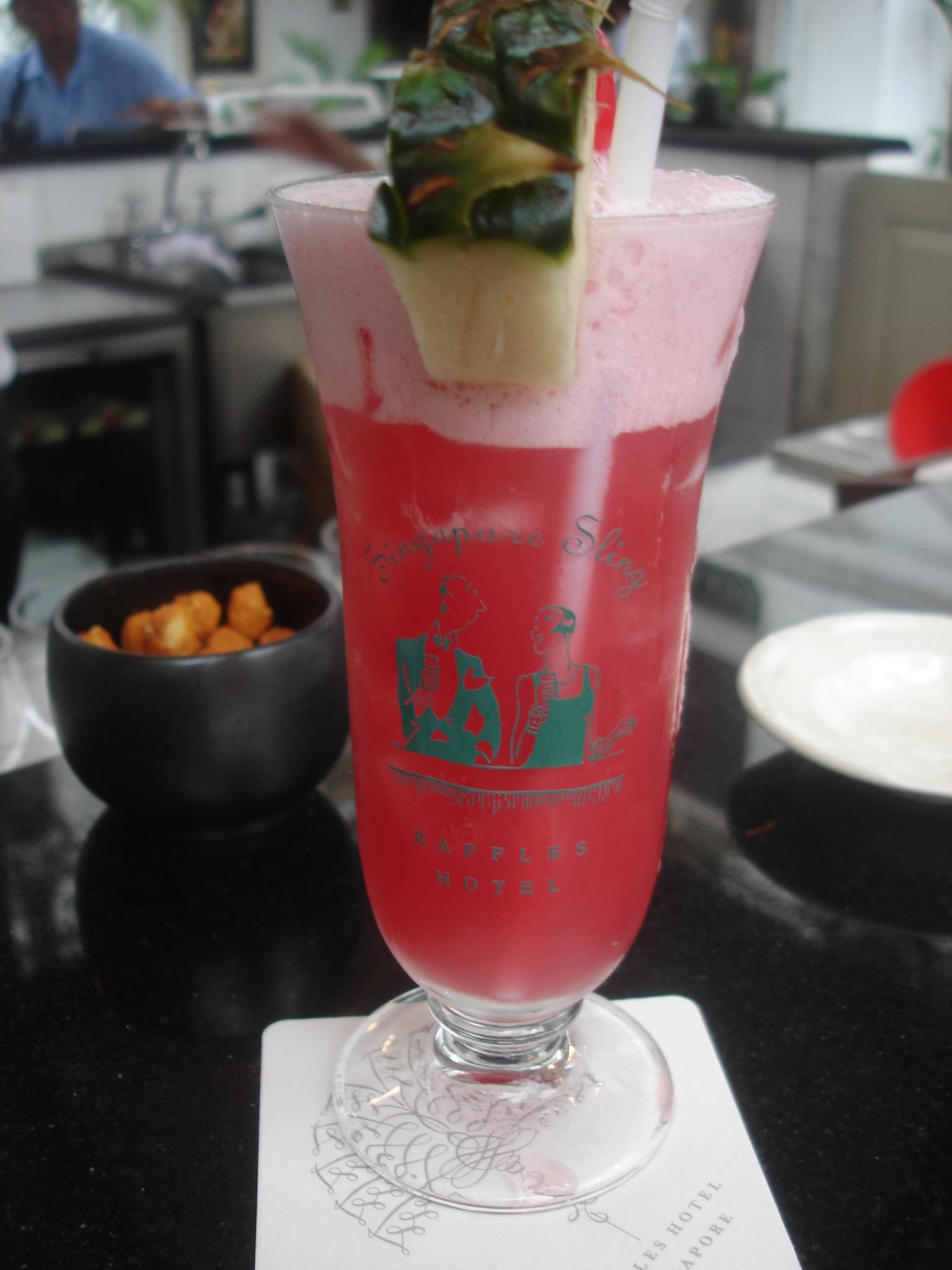 This gin-based cocktail comes from none other than the tropical island of Singapore. The drink is a version of the classic gin-sling and is said to be created sometime around 1915 by Ngiam Tong Boon at the Long Bar in the Raffles Hotel, Singapore. Traditionally served on the rocks this drink is made with gin, benedictine, lime juice, simple syrup, club soda, and cherry brandy. The perfect drink to spice up your night. 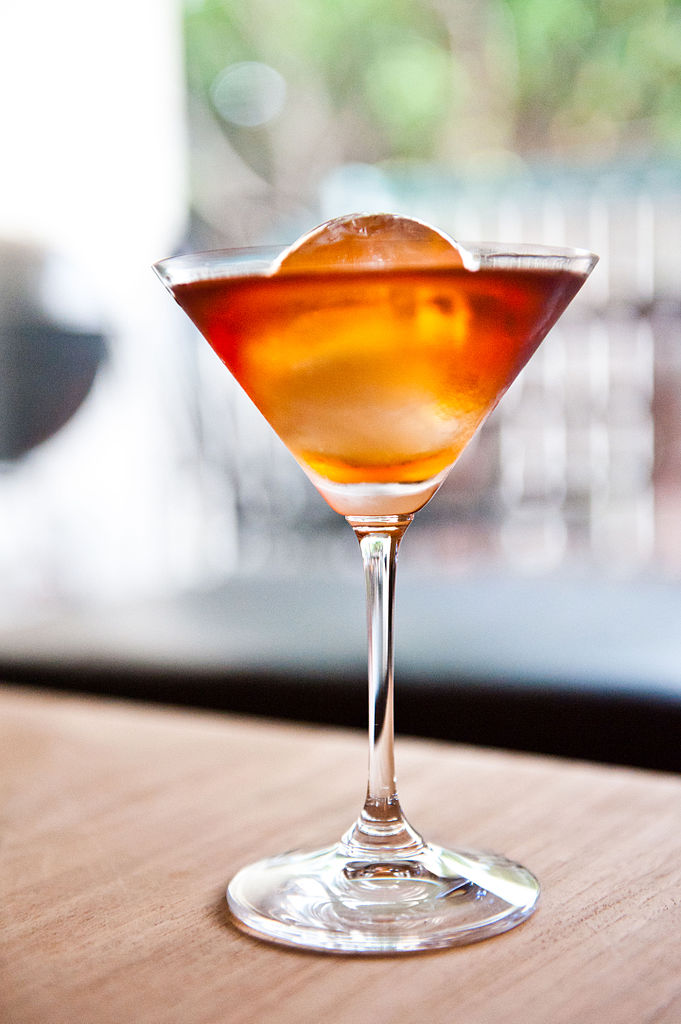 The infamous Manhattan was most popularly known to have been created in the 1870s by Dr. Iian Marshall for a banquet in honor of presidential candidate Samuel J. Tilden. It is one of five cocktails named after a New York City borough along with the Bronx, Brooklyn, Queens, and Staten Island. The drink was originally made with a mix of American whiskey, Italian Vermouth, and Angostura Bitters, shaken and served in a classic martini glass. 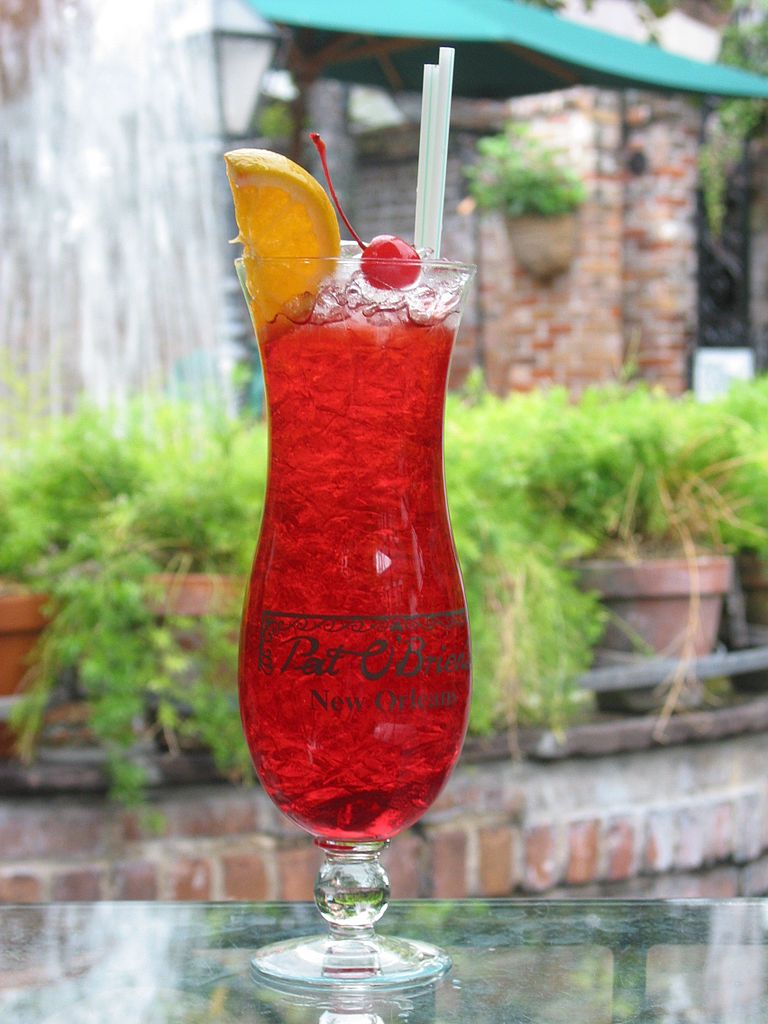 This rum-based cocktail has roots in none other than New Orleans. The drink was created at Pat ‘O Brian’s bar during World War II when whiskey was hard to find. The drink got its name from the hurricane lamp-shaped glass in which it was served in. The drink is a mixture of light and dark rum, passion fruit juice, orange juice, lime juice, simple syrup, and grenadine which gives it it’s unmistakable red color. 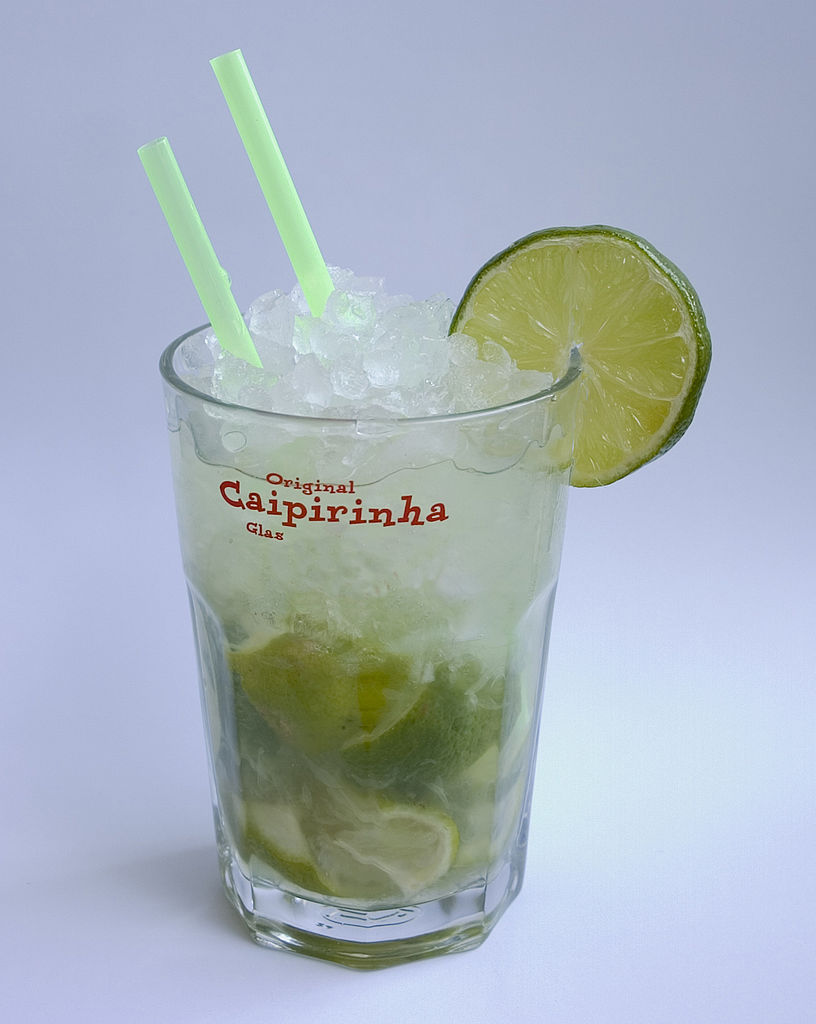 Similar to the mojito, the caipirinha was originally used medicinally. Consisting of cachaça, lime, honey, and garlic the drink was used to combat the Spanish Flu outbreak in Brazil. The drink later dropped the garlic to become Sao Paolo’s most popular cachaça drink. Caipirinha actually translates to “little country girl” as an homage to its beginnings in the countryside of Sao Paolo’s state.

Do you like yours frozen or on the rocks? No one knows exactly where the delicious Mexican cocktail got its start but one of the more accepted stories to this day depicts Carlos “Danny” Herrara in the Rancho La Gloria in 1938. Legend has it that he dreamed up the cocktail for a customer of his who was allergic to all hard alcohol but tequila. To make the hard liquor more appealing he concocted a drink using the ingredients from a traditional tequila shot, salt, lime, and of course, tequila. The drink became a hit and you can now find variations of the popular cocktail everywhere. 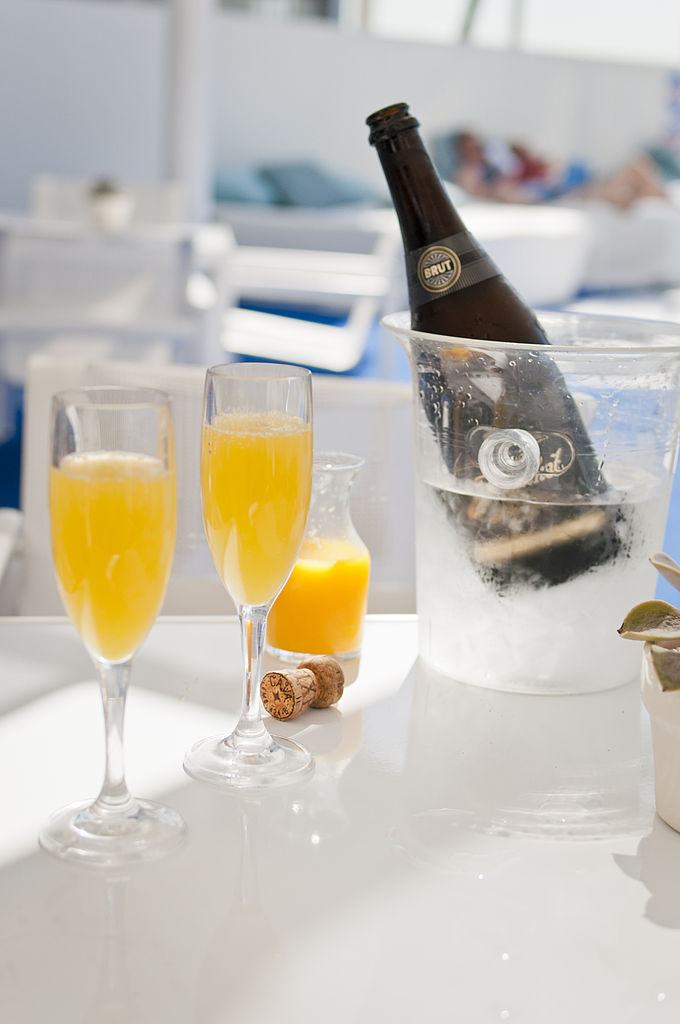 This popular drink actually got its start as a Buck’s Fizz in none other than London, the drink consisted of two parts champagne one part orange juice. It wasn’t until four years later at the Ritz hotel in Paris that Frank Meier changed the ratio to 1:1 and renamed it a “mimosa” that we got the brunch favorite drink that we can find every Sunday.

So now you know how easy it is to bring Spain, Singapore, or Mexico to your backyard with just a few easy to find ingredients! Sometimes a nice cocktail is exactly what we need to freshen up our day. Check out our What to Eat in Paris and 6 of the Best Food Tours in the USA blogs to find food to pair with your drinks, or send us your other drink ideas at hello@chloejohnston.com