The coronavirus pandemic has had an impact on the daily lives of so many Americans and has affected how often people can leave the house.  While activities such as going to concerts or amusement parks or travel to other states or countries have been put on hold, there is one thing that is starting to look a little normal again: going out to eat.  With the warm summer weather and desire to open their doors again, many restaurants are now offering outdoor seating to create a safer dining experience for their customers to enjoy.  If you have a travel bug and live locally in Philadelphia, you can travel the world of food at several of Stephen Starr’s restaurants!

Stephen Starr is a restaurateur, or restaurant entrepreneur, who started his famous restaurant group STARR Restaurants based in Philadelphia in 1995.  Since then, he has opened restaurants in New York City, Florida, New Jersey, Washington D.C., and Paris, France, totaling 34 eating establishments in the United States and abroad.  In Philadelphia alone, there are 20 different restaurants to choose from, and each one offers a different type of cuisine and environment that will transport you to another country or even another time period.

From old-fashioned Hollywood to authentic Asian cuisine to French bistros, these 10 STARR restaurants offer both take-out and outdoor dining to help you travel the world through food: 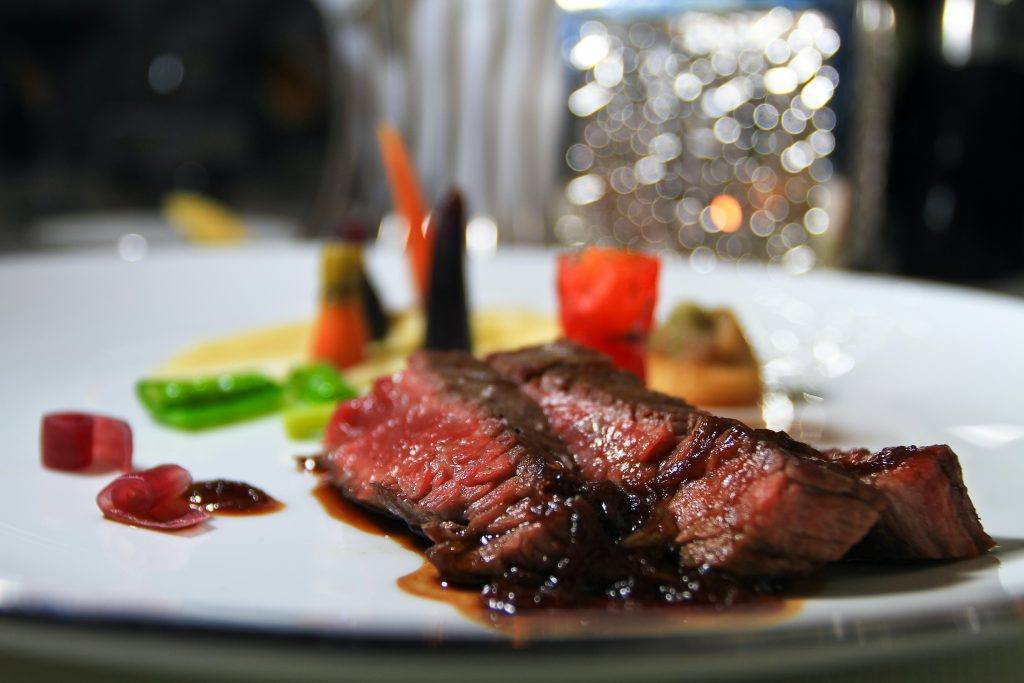 Never been to California?  Ever wanted to live in a different era?  Butcher and Singer provides both with its 1940s classic Hollywood glamour.  With the warm low-lighting of chandeliers, marble-tiled walls, and white linen-spread tables, you cannot help but feel like an old-fashioned movie star while dining.  As its name suggests, Butcher and Singer offers only the best meats in Philadelphia including their variety of steaks and chops.  Don’t eat meat?  Don’t worry, Stephen Starr’s restaurant has an extensive list of seafood options such as lobster, crab, and salmon. 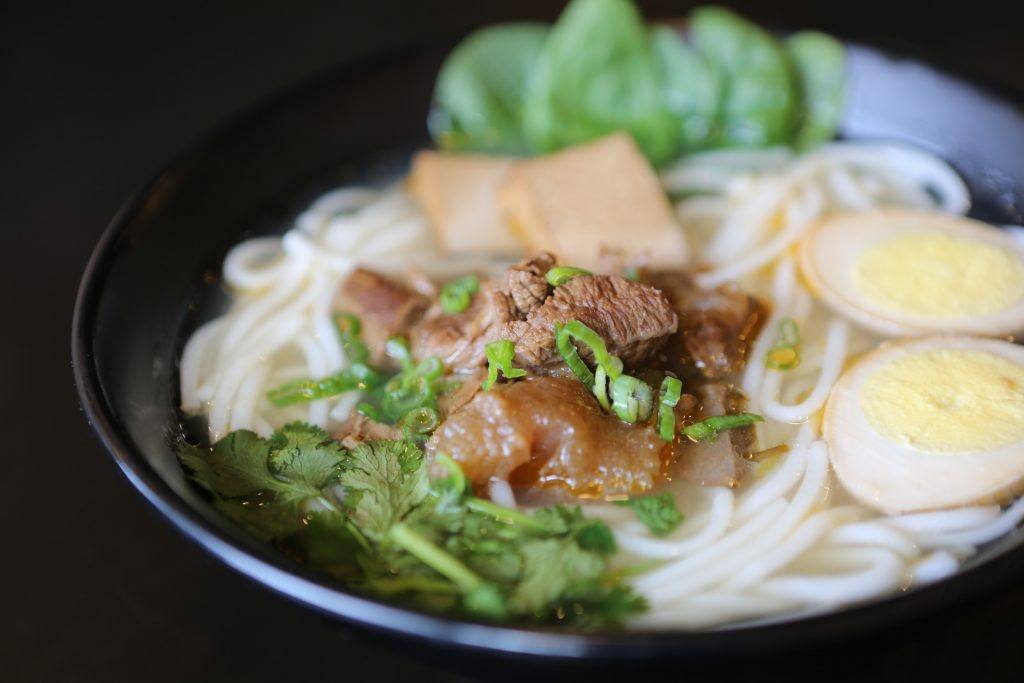 If you would like to expand your horizons beyond the United States and go to the Far East, Buddakan offers authentic Asian cuisine.  In fact, Stephen Starr’s Buddakan has a unique blend of eastern and western flavors, making it a very popular eating establishment in Philly.  If you like a classic doughy filled appetizer, Buddakan offers dumplings galore with options of filling them with edamame, lobster, Szechuan pork, chicken & ginger, and shrimp.  Of course, Buddakan also offers entrees such as noodles & rice, fish, poultry, meat, and vegetables.  If you are craving bold Asian flavors, check out Buddakan! 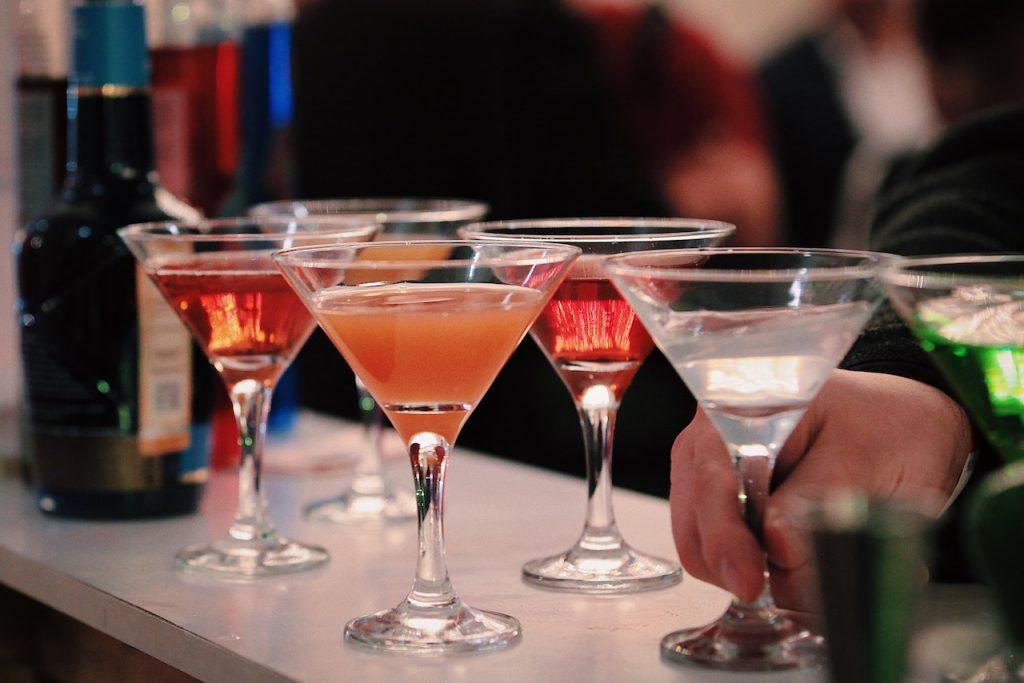 Can’t figure out where your taste buds want to travel?  STARR Restaurants has you covered with Continental in Old City Philadelphia.  Also known as The Continental Restaurant + Martini Bar, this restaurant has numerous combinations of food where everyone can order something they like to curb their craving. From crispy calamari to Japanese waffle fries, to a good ole American cheeseburger, Stephen Starr’s The Continental in Old City has a dish for everyone! 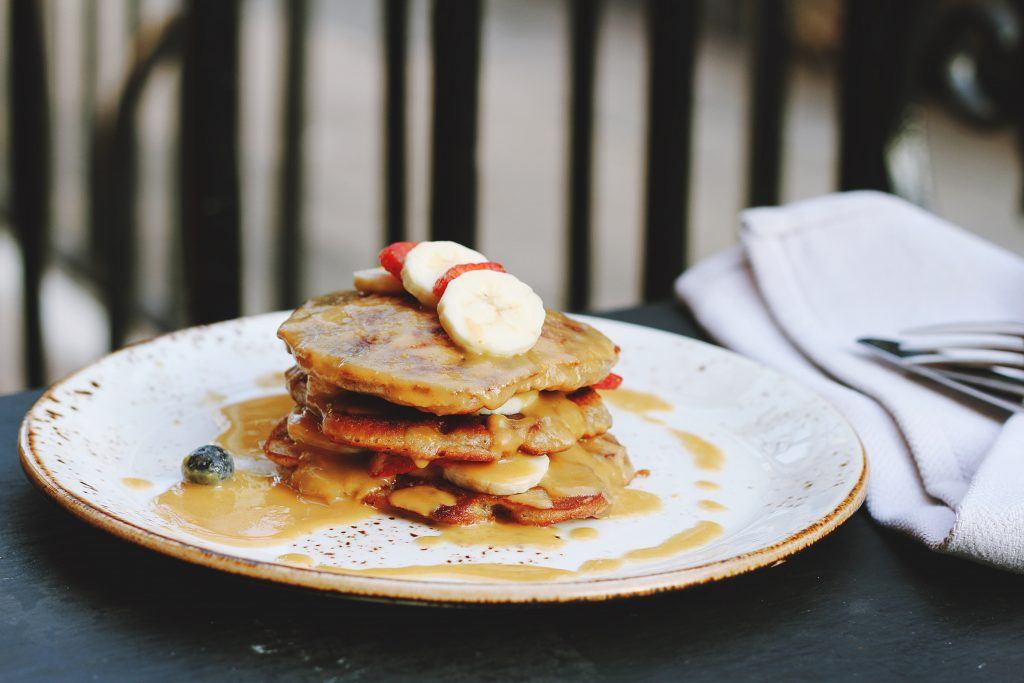 When you think of international foods, you normally think Italian, French, Asian, right?  Well, Stephen Starr’s The Dandelion exceeds your expectations and can transport you to the pubs of Britain.  Ever wondered what the meals are like in London?  Find out at The Dandelion where a variety of the United Kingdom’s cuisine is offered.  This STARR restaurant, in particular, is known for its delicious brunch which includes brioche french toast, eggs (“cooked to your fancy”), and smoked salmon royale.  Lunch and dinner include meals like fish & chips, The Dandy Burger, and Scottish Salmon.  If you have been wanting to go to London, The Dandelion can give you a little taste of what it’s like! 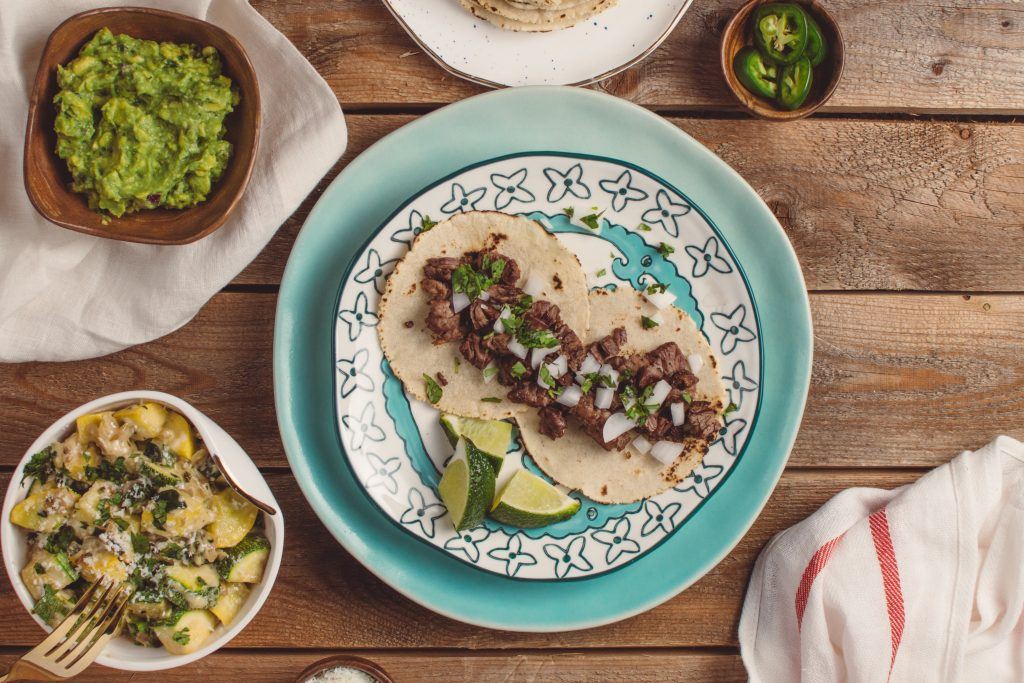 Take a break from tex mex and try authentic, Mexican food at Stephen Starr’s El Rey!  The home-cooked meals such as tacos, fajitas, and quesadillas coincide with the homey feel of the restaurant.  You cannot help but feel a sense of comfort with these traditional recipes that have been passed down for generations and there are certainly bursts of flavor you cannot find anywhere else. 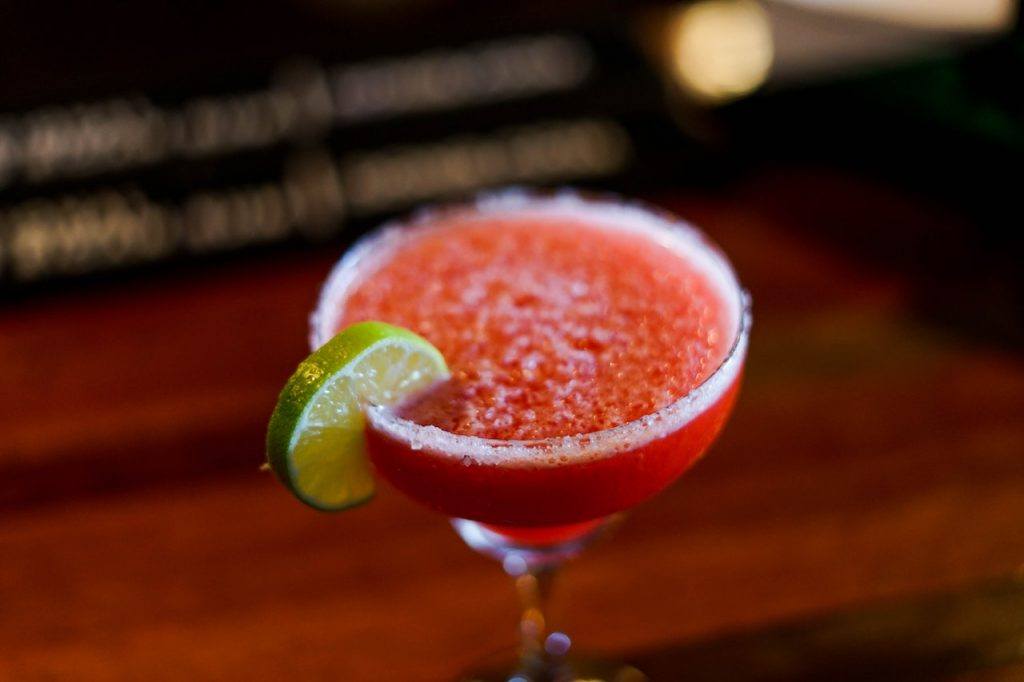 If you are looking for more of a “fiesta” at a Mexican restaurant, then El Vez is the place for you!  This restaurant can be considered more Americanized compared to El Rey with a Vegas-esque feel.  Not only are they known for their classic south-of-the-border dishes, but also for the best margaritas in Philly.  Grab some nachos and order a pitcher of one of many flavors of margaritas with your friends at Stephen Starr’s El Vez! 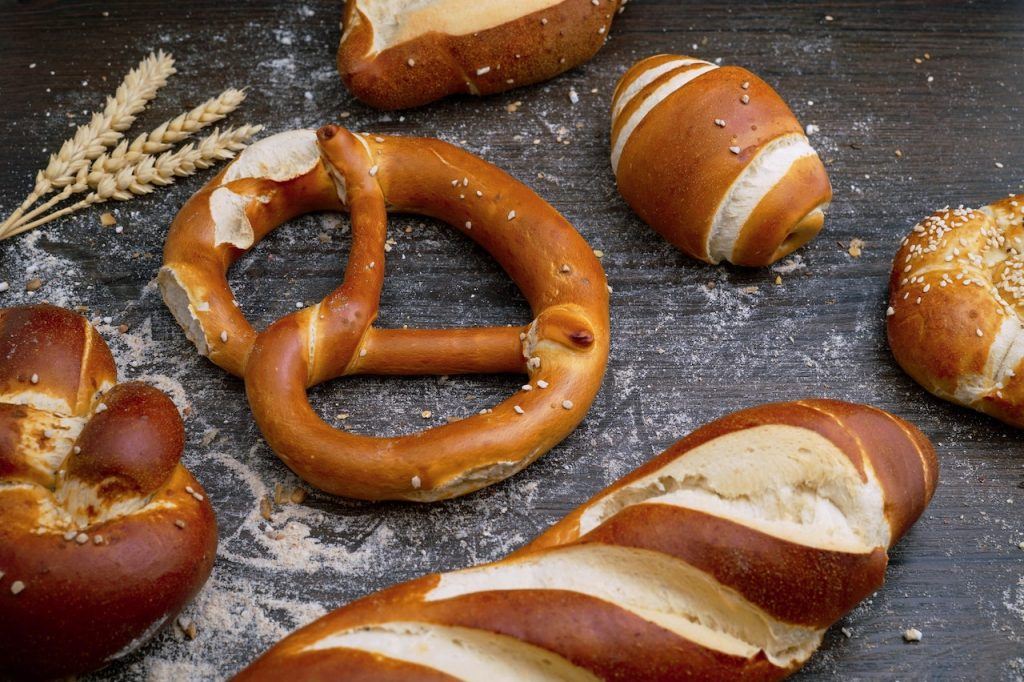 Looking for a good mix of both American and German food and drink?  Want an outdoorsy, picnic-like feel?  Frankford Hall is an exceptionally unique restaurant with its tables spread out in a charming courtyard, making it the perfect environment for social distancing while dining.  Some popular foods at Frankford Hall include their warm pretzels, sausages, and German-style burgers which can be paired with authentic German or American beer.  Stephen Starr’s Frankford Hall ties the backyard feel together with fire pits and an indoor bar with games like ping pong.  If you are soaking up every last drop of summer, hit up Frankford Hall to keep the party going. 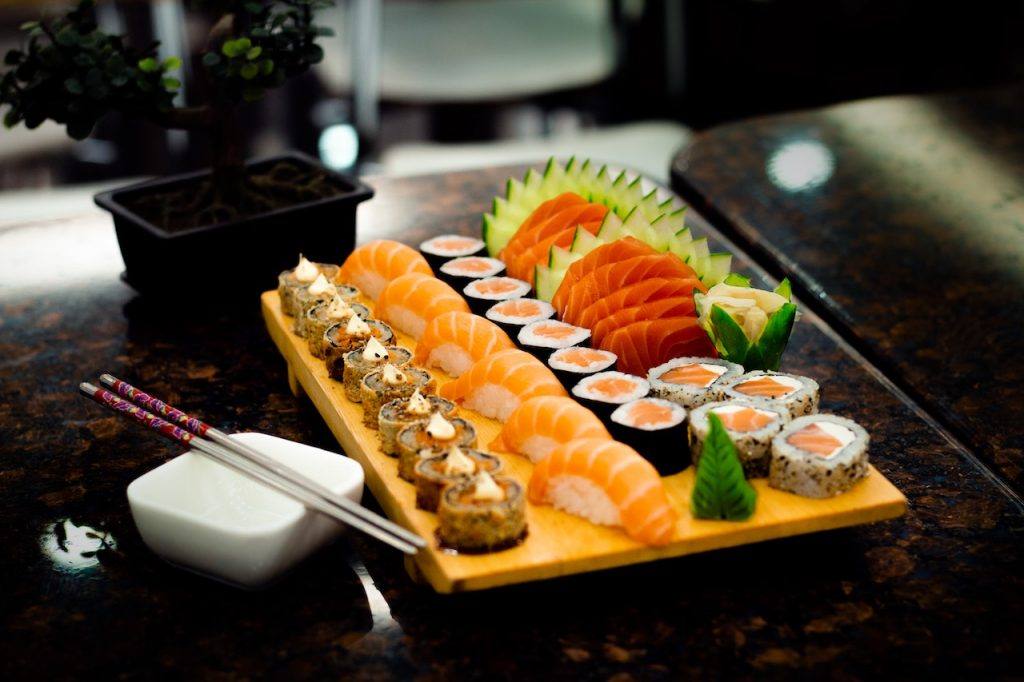 Another Stephen Starr restaurant with Asian cuisine is Morimoto with a flare for Japanese cuisine.  Morimoto has a vibrant, modern feel to it, reflected in its extensive menu.  It has everything from edamame to tartare to ramen, and of course, it’s well known for its exquisite sushi.  Customers can mix and match numerous types of sushi with the best fish in Philadelphia! 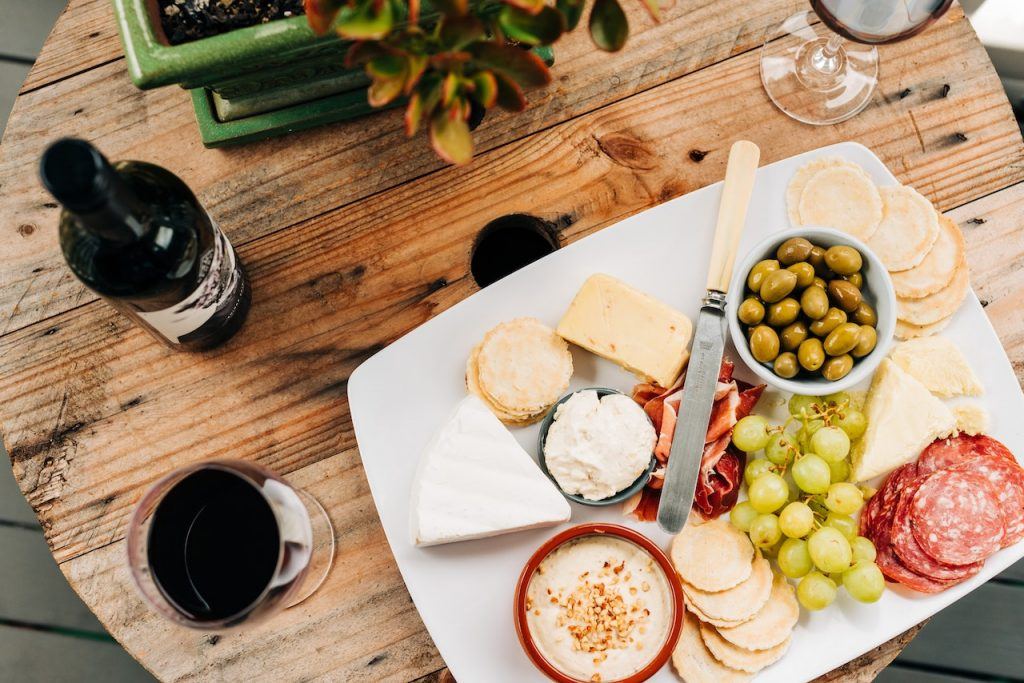 With perfect portion sizes and dishes that make your mouth water, Parc is a French bistro that whisks you away to Paris.  It’s hard not to feel like you’re in another country with the cafe tables and the wait staff wearing formal attire. With white, button-down shirts and long, black aprons that reach down to their feet, they not only look French but some of them even use French accents when talking to customers!  Parc has delicious seasonal dishes such as the tomato tart that melts in your mouth.  Of course, the French bistro offers traditional foods such as escargot, tartare, duck and figs, and scallops provencal.  If you want to feel transported, Stephen Starr’s Parc will make you feel like you are sitting outside at a cafe people watching in the streets of Paris. 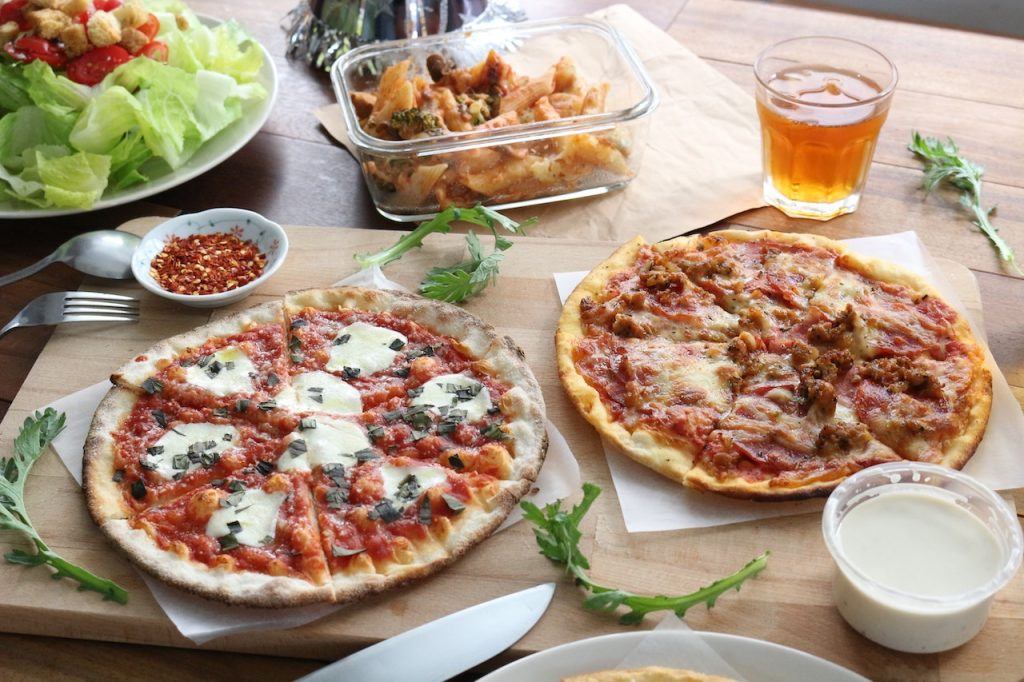 Pizza has definitely become a more Americanized dinner that people across the country enjoy.  However, Pizzeria Stella offers authentic and fresh pizzas unlike others!  Stephen Starr’s Pizzeria Stella has some of the classic pies like Margherita or marinara pizza, but they also offer unique recipes like ‘Nduja, Tartufo, and San Daniele. This STARR restaurant is the perfect place to dine if you want authentic, gourmet Italian pizzas.  If you don’t like pizza, there are plenty of other dishes such as salads, antipasti, and pasta.

If you are getting stir crazy not being able to travel or go out to eat, Stephen Starr’s restaurants are the perfect solution.  These Philly restaurants are must-visits and make you feel like you are eating in another country.  Make sure to mask-up until you get to your table, and social distance from others.  Happy dining!